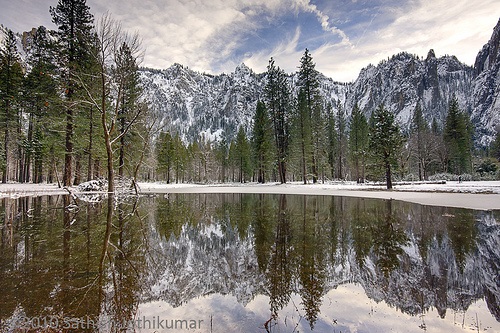 Isaiah 50:4 “The Lord has given me an ear to hear His inaudible voice as a disciple SO THAT I can be His voice to those who need encouragement. Morning by morning He awakes my ear to listen to His voice.”(Paraphrase)

As followers of Jesus Christ, most of us long to be used in meaningful ways to further the advancement of the Kingdom. One of the greatest things that we can do is to be an ambassador for Christ (2 Corinthians 5). An ambassador is one commissioned to represent an authority and speak on their behalf. Typically this is thought of as sharing our faith with others who do not follow Jesus. But there is a twin aspect to this, which is the encouragement of the saints.

While it is noble to long for and desire to be used of God to strengthen and encourage our fellow believer, the efficacy of our attempts are often found to be less than we had hoped. One of the great secrets to fruitful encouragement is found in Isaiah 50:4. Here the prophet reveals his own habit which led him to become the greatest Old Testament messianic prophet. No one else in the Scriptures prophesied about the coming Messiah as clearly and distinctly as did Isaiah.

The voice of power and encouragement is rooted in the inner room of secret prayer where our ear is trained by our Heavenly Father. In this hidden classroom, we discover God to be the Father (Our “Father“). We recognize our relationship as brothers and sisters (“Our” Father). We are trained in the art of intimacy of worship (“Hallowed be Your Name”). We expand the Kingdom and establish God’s will (“Your Kingdom come; Your will be done). We learn to trust Father for His fatherly provision (“Give us our daily bread“). We learn the high cost of love (“Forgive us to the same measure which we forgive others“). We are trained in spiritual war against an invisible enemy (“deliver us from evil“).  Without these specific “lessons” we will have very limited power and influence in the lives of others.

Isaiah experienced such a classroom. Notice how he points to a morning by morning awakening of his ear to hearing the inaudible voice of God. It is the trained ear which then frees an empowered tongue. But alas, how frequent we rush out with an emotional thought inflated with the air of our good intentions – but a thought which was not birthed in the quiet consideration of patient communion? Without such intimate meditation with God the Father, we cannot be His ambassadors for we go out representing WHAT WE IMAGINE TO BE HIS HEART. Remember an ambassador speaks on behalf of the one who commissions.

In the days of Jeremiah, he faced similar circumstances. Sincere people birthed premature inspirations which gave no benefit to the hearers. Jeremiah 23:16 & 22 “Many  receive an inspirational thought, but do not discern that it did not originate from Me….don’t listen to their voices, for they give you false hope…. but if these who are speaking, had waited and stood in My counsel – taking the time to discern My voice from their own emotional imaginations – then they would have possessed My true word which would have turned you back to Me.” (Paraphrase)

It is the disciple’s trained and patient spiritual ear which frees the disciple’s tongue to be a powerful weapon issuing forth true encouragement from the Lord. But so many mistake an inspirational thought for God’s voice. Additionally, many seem to wrongly think that we are in some sort of competition to be noticed, be important or gain a position. An insecure spirit gives birth to the rushed delivery of thought. Careful and prayerful waiting upon the Lord, will separate out the wheat from the chaff. When we compete with others to be noticed, we are proving by our words and actions, that we have not been well trained as sons or daughters to our Father.

The fires of  being patient, of being honest in our heart and of developing a listening ear in the daily classroom of the inner room, will purge away the dross of self-commissioning from our spiritual ears. Then the true gold of what is really from our Father will result in lasting fruit. We will be His voice of great encouragement. It comes at a high cost but is worth the price.

on response to "The Secret Ear & Voice of Encouragement":