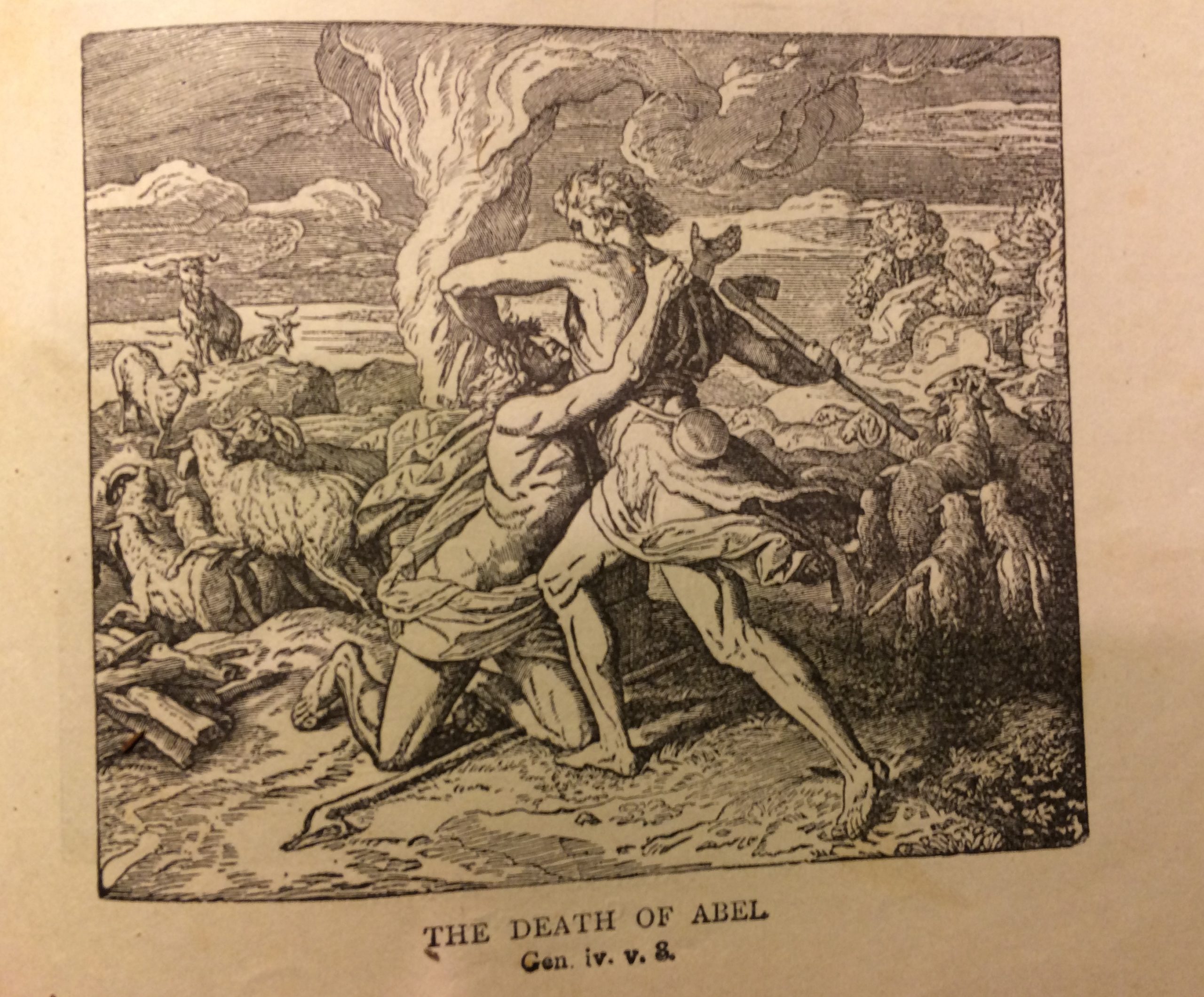 Abel was the 2nd son of Adam and Eve. He was a shepherd while his older brother, Cain, a farmer. His story is short and sad and he has the unfortunate distinction of being the first human to be murdered. Not much is spoken of Abel in the Bible apart from this original account in Genesis 4. Yet there is a remarkable quality and characteristic about him which few ponder. Abel’s voice still speaks.

When Cain murdered him, God confronted Cain saying “the voice of your brother’s blood is crying out to me from the ground.” Jesus called Abel a prophet and laid the guilt of the shedding of the blood of all the prophets (from Abel to Zechariah) upon Jesus’ own generation.

The author of the book Hebrews speaks of Abel twice. In Hebrews 11:4 it is written that Abel’s sacrifice was superior and although he is dead, his voice still speaks. This is a remarkable quality and one I hope to attain to. I hope that upon the final breath…. the one where the Lord Himself reaches out and catches my last exhale in His hand, that my voice continues to speak.

When I walk through a graveyard, I see countless headstone commemorating lives….. I think of all the hopes, dreams, longings, fears, regrets and words that each person had or spoke. Each and every one of these are now dead as well as their voices. But there are a few who have walked this earth whose voices still speak. Paul, Peter and the other authors of books of the Bible come quickly to mind as well as some very famous women and men who have championed noble causes.

This morning I read of a common woman whose voice also remains. This woman did a very simple act which was despised while she did it. In fact she was rebuked and shamed for doing it. Her name is Mary. She took a very expensive bottle of perfume and poured it upon Jesus’ feet. The disciples, who were dominated by their man-centered theology, ridiculed and belittled her for what they perceived to be the wrong application of something of great value. Yet Jesus rebukes them for their myopic view. He then goes on to say that not only what she had done was something of great importance but gives her a place in history by saying “where ever the gospel is preached, this kind act will be retold and recounted in her honor and memory.” Mary’s action continues to speak to us today. She has a voice which still speaks.

I love how it is written in Mark 14:8 “She has done what she could….” Jesus does not commend her for being great, nor for being important, nor for having some prominent position or gifting. Rather he commends her for doing what she could. Her faithfulness to “doing what was within her ability, although it was despised and ridiculed” has caused her voice to continue to speak. Paul writes to the Corinthians “furthermore it is required of a steward that one be found faithful.” (1 Corinthians 4:2). So many of us fail to be faithful because we measure what has been given to us to steward against someone else’s  gift. We compare and weigh our graces, giftings and callings against those who seem better qualified and arrive at a wrong conclusion which is that we should just not bother. BUT we miss the main point which is to be faithful TO the Lord…. We serve Him as an expression of worship, but when we have our eyes upon our own recognition or some earthly way of evaluating our graces, we have our eyes off Jesus.

May we “do what we can do” for Him out of deep worship and adoration as we see Him for Who He is. I also think of the Widow’s Mite story where Jesus said she put in more than all the others. Jesus failed to measure her by human standard. May we too learn to view things from the heavenly and eternal perspective and walk out faithfully and by faith our calling. It is an act of faith that causes our voice to continue to be heard. After we have left this world, we may be forgotten, but every action is remembered and recorded by the Lord. One day we will stand before him to have our works evaluated. It is not a question of getting in to heaven, but rather being judged by the Lord and finding out what of gold or precious stones remain. Remember that He is the Worthy One. He is worthy of us each “doing what we can” with all our might faithfully.

on response to "The Voice of Abel":